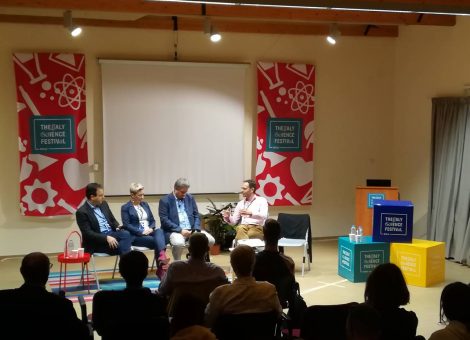 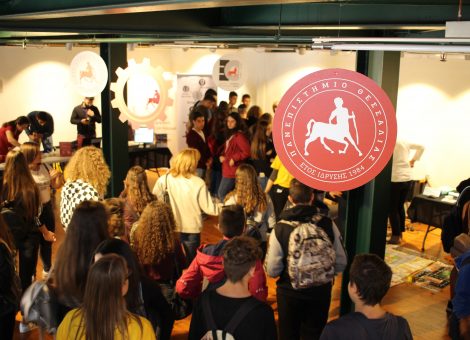 After the successful organization of Athens Science Festival, the need for more science festivals with a local organization character arose. The aim was to showcase the academic centers of the Greek territory and to acquaint the residents of each area with the happenings of the festival, without the need to travel to the capital. The result of this need was the creation of the Thessaly Science Festival, which was organized for the first time in 2018 in the city of Larissa, on the occasion of the 30-year anniversary of the establishment of the University of Thessaly.

With “30 years of creation” as its central theme, Thessaly Science Festival intends to embody the characteristics that have marked the history of the University of Thessaly, such as creativity, innovation, and extroversion, and to highlight the contribution of the University to the community and its citizens. The Festival events took place in the “Mill of Pappas”, a cultural hub in the center of Larissa which has been an integral part of the city’s history for many years.

From the 11th to the 13th of October, visitors of all ages had the opportunity to follow fascinating talks by distinguished Greek and international scientists, exciting experiments, interactive events, and video-shows, and participated in workshops and educational science-themed games, which attracted the interest of 5000 visitors, of which 1800 were students.

Apart from Larissa, Science Festivals have been organized in other cities in Greece. Except for Athens (ASF), Thessaloniki (TSF), Patras (PSF), and also Cyprus (MSF) have hosted their local events, whilst Ioannina (ISF), as well as, other areas in Greece, are expected to host their own special event.