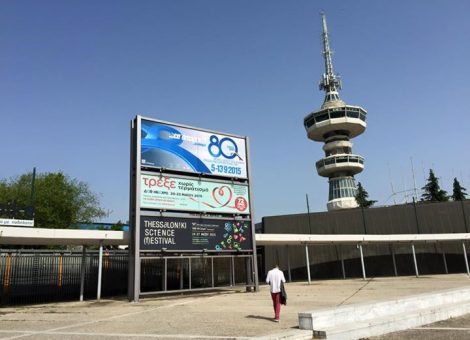 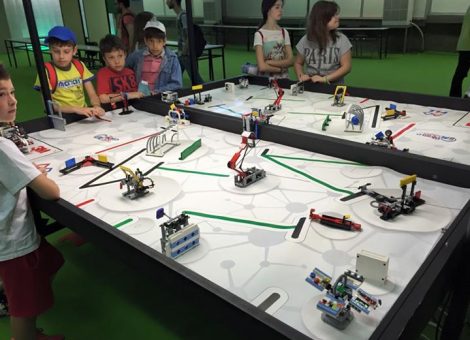 THESSALONIKI SCIENCE FESTIVAL IS ONE OF THE LARGEST SCIENCE COMMUNICATION PLATFORMS IN NORTHERN GREECE.

After the successful organization of the Athens Science Festival, the need arose for more science festivals, with a local organization character. The aim was to showcase academic centers of the Greek territory and to acquaint the residents of each area with the events and happenings of the festival, without the need to travel to the capital. The consequence of this need was the creation of the Thessaloniki Science Festival, which was organized for the first time in 2015 in the city of Thessaloniki.

Aiming to communicate science to the general public, the Thessaloniki Science Festival was a cultural event in the city center, with events for all ages, unfolding the unknown aspects of science in the most original and fun way. Impressive experiments and events, workshops, interactive exhibitions, competitions, art exhibitions, interesting speeches & discussions, performances and documentary screenings were included, among others, in the Festival program.

During the festival, the presence of the National Center for Research and Technological Development (NCRTD) stood out. Also, the presence of the Aristotle University of Thessaloniki was particularly honorable, with 13 departments participating, from which Teaching and Research Staff, as well as students presented interesting scientific topics and modern achievements of science, through speeches, discussions, and experiments.

Thessaloniki Science Festival was organized by the educational organization SciCo – Science Communication and the British Council, together with the Municipality of Thessaloniki, HELEXPO-TIF, and the WE Sports and Culture Center. The event was also attended by University Institutions, Educational Organizations, Research and Technological Institutes, as well as other public and private bodies in Thessaloniki. The Festival was held under the auspices of the Ministry of Culture, Education and Religions, the Aristotle University of Thessaloniki and the General Secretariat for Research and Technology.

Science festivals have been organized in other cities in Greece after Athens (ASF), such as in Patras (PSF), Larissa (THSF), but also in Cyprus (MSF), while in the near future Ioannina (ISF) and other areas of Greece are expected to host their own special event.